Solovetsky Islands, or Solovki for short, are the religious stronghold of the Russian north. Those who have visited this magical place are bound to carry the spirit of the place in their hearts. That is exactly what happened to the architect of this house and the client who commissioned it: the two first met as young volunteers at the monastery restoration works on the Solovetsky Islands. The overall image of the house alludes to the early 20th century Russian style, known through the work of the folklore book illustrator Ivan Bilibin, Viktor Vasnetsov’s paintings, and Igor Stravinsky’s music. A coherent main stylistic idea unifies diverse expressive facets of the house: slanted stone walls resemble mighty roots of age-old trees, while the whitewashed facades of quasi-medieval chambers feature whimsically placed windows. Entire roughly-hewn logs are used the roof construction. The result is an intricate composition that appears to be beautifully molded together, like a modernist sculpture. At the same time, the house is contemporary and constructed with practicality in mind. The open kitchen extends freely to the dining area, a popular design choice facilitating family time. The the living room is located in a tower, and its tall, lovely windows open on the woods. Small, cozy bedrooms and a studio are found on the second floor, nestled under its sloping roof. The wholeness of the design concept creates the ambience of a peaceful retreat throughout this home. This is a house you will want to come back to, time and again—as you will want return to the Solovetsky Islands themselves. This is Home. 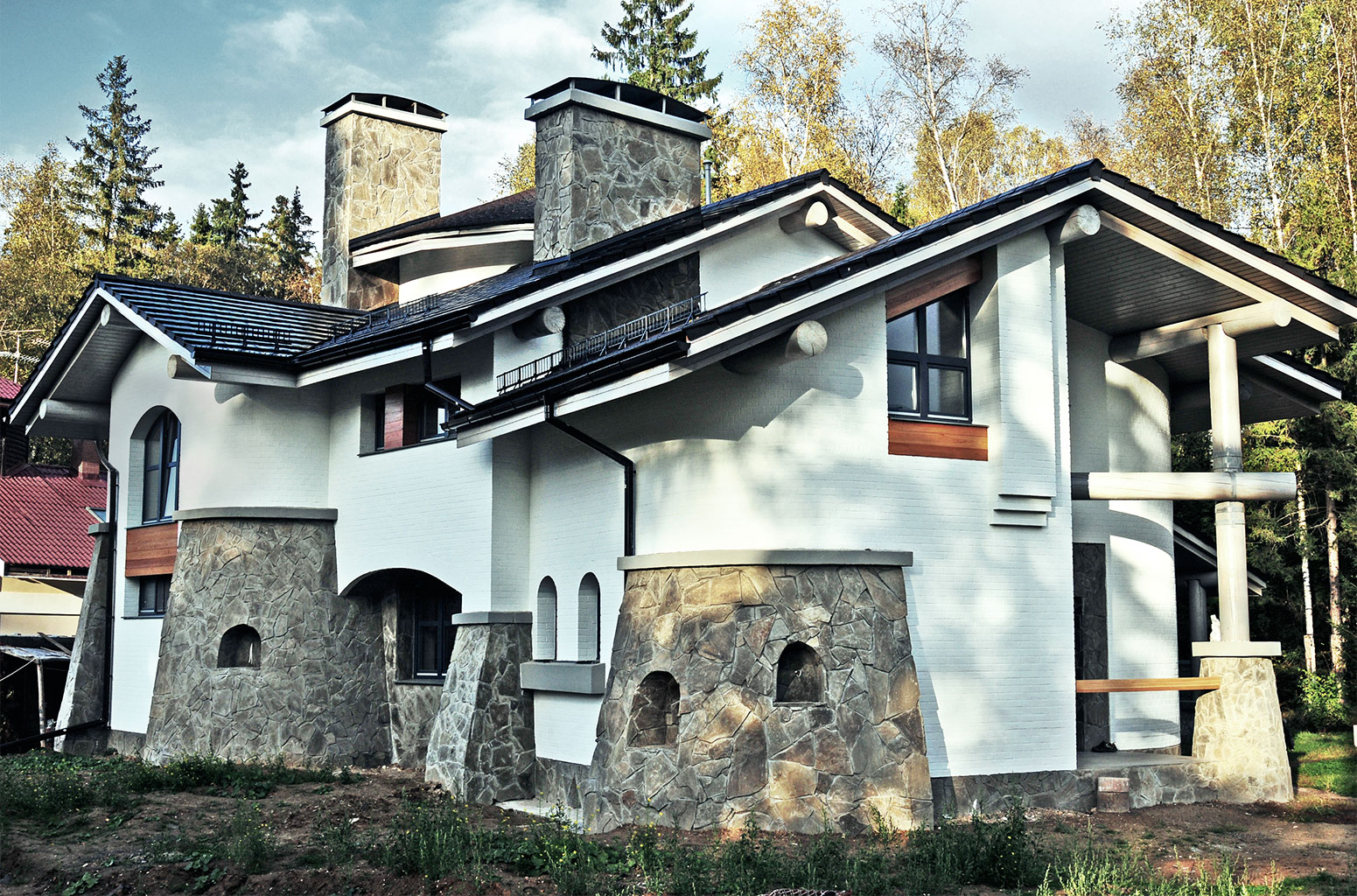 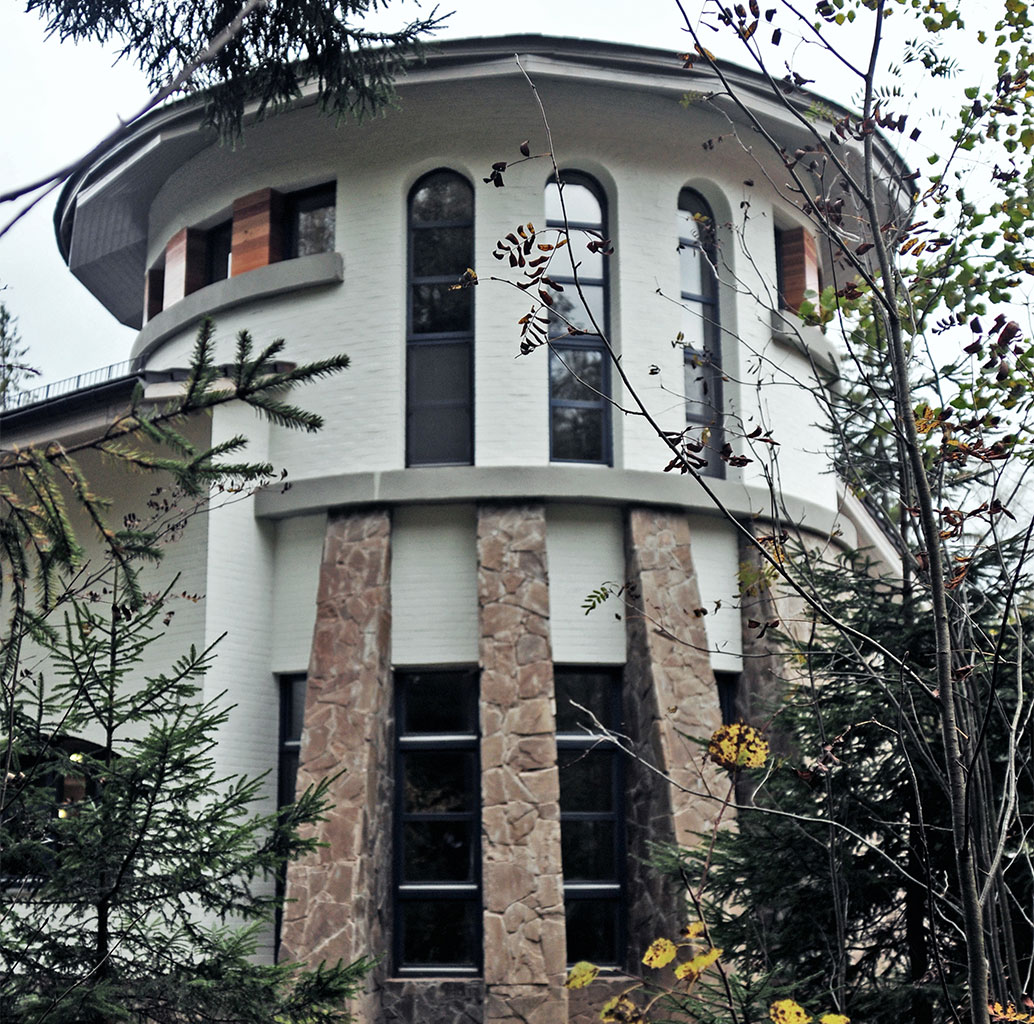